A connector is a line that connects two items on a board. Connectors were called lines in v1. In v2, we’ve renamed lines to connectors and added a few enhancements, such as: 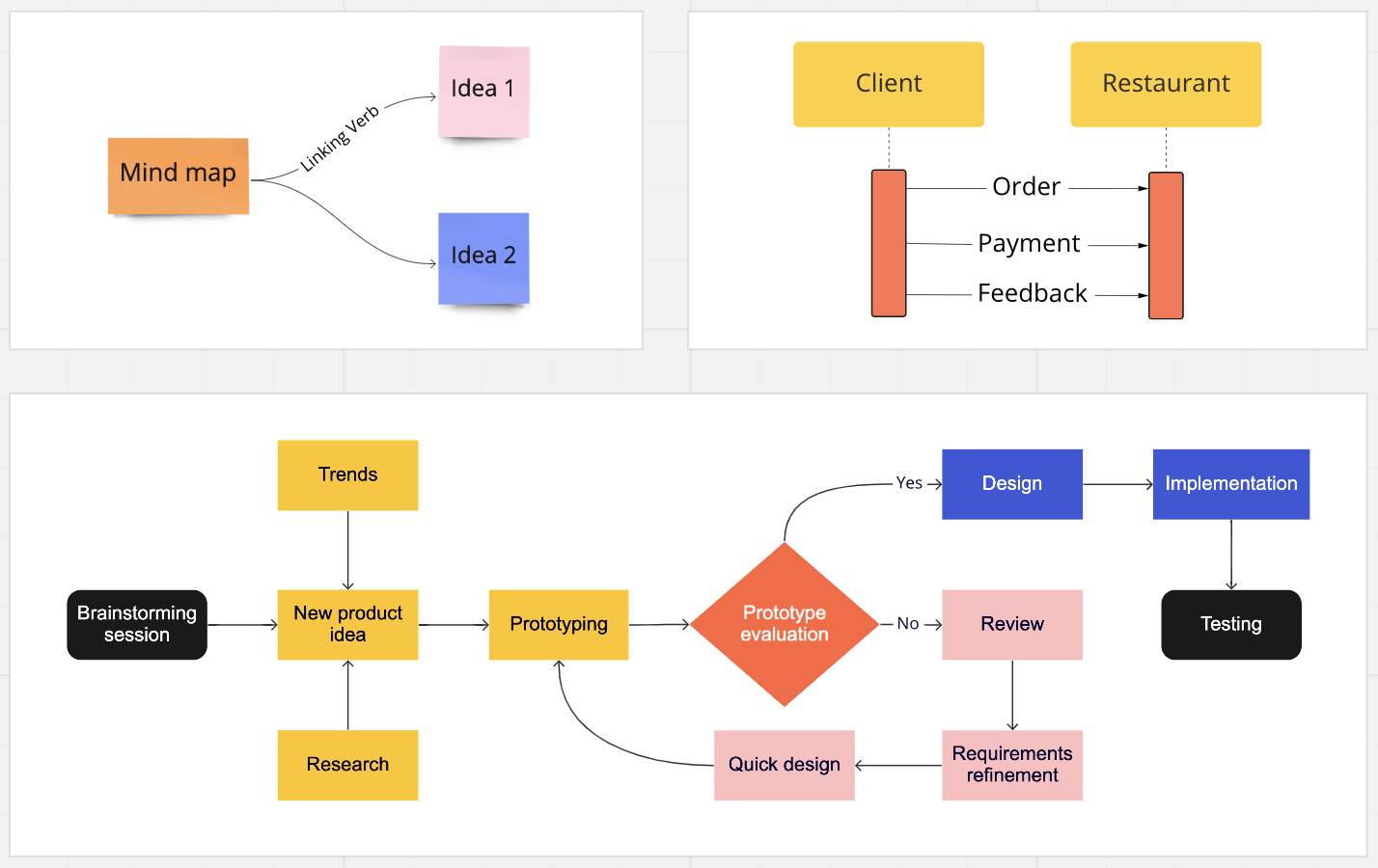 You can assign a shape to either or both ends of a connector line. This comes in handy in various scenarios, such as indicating the flow of the diagram, the previous or next step in a procedural workflow, and more.

You can define various style properties for a connector, such as:

Updated about 1 month ago